A law firm or a company’s legal department, with predefined contract templates, requires automating the process of generating and sending those documents to get signed.

Each contract will need to be signed by one contact or more in a specific sequence. Contracts have fixed statements and other legal clauses that can vary. Contract templates, in some cases, might require collecting data from the signees.

Contracts need to be signed by companies’ representatives or individuals, and accessible from the signee contact record.

A non-disclosure agreement (NDA) is a commonly used agreement and will be an ideal example for this case study. 2 pages downloaded template from eforms.com/nda will be used.

After reviewing the document, some variables are identified and highlighted below.

According to the above schedule, a new table/entity is needed.

For our example, an NDA agreement table/entity is created in Dynamics 365.

Generally, a consolidated table/entity to host all types of contract can be created, and a flag can be added to the table to indicate contract nature.

A number of fields as below are created to map up with the NDA document above.

NDA agreement form created as below.

Adobe Sign integration to Dynamics 365 is discussed thoroughly by the vendors; therefore, this post will not be discussing the installation, and instead, a link to the configuration guide is included.

After setting up Adobe Sign, three actions are required to send an agreement from a custom entity/table.

3.       Create a agreement template using the data map and the word template.

Name the Data Map, in our case we named it “NDA Data Map”. Select an entity, the newly created “NDA Agreement” custom entity.

Note, Once the entity is selected, cant be changed. 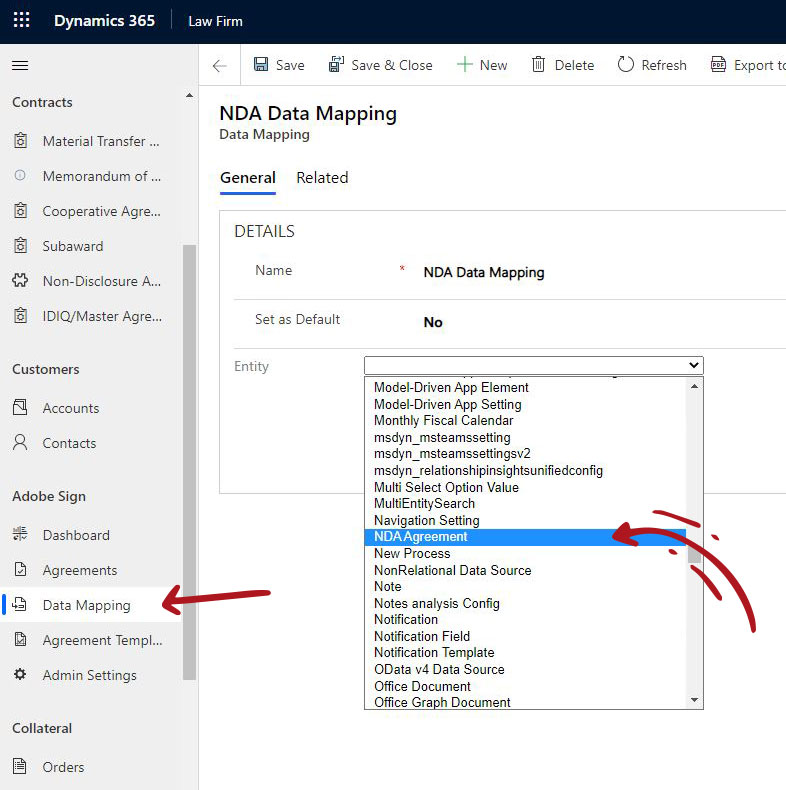 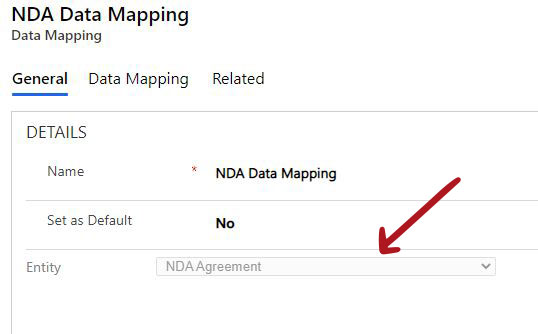 Note, Once the entity is selected, cant be changed.

As in the slide show below, the mapping can be in three directions.

Creating a reusable document as an agreement is needed to streamline the process of creating and sending documents, which is possible using Adobe Sign Text Tags.

Adobe Sign text tags enable the users to add dynamics content to the agreement word templates from external sources such as Dynamics 365. And it also allows them to add fields to the word template that can collect signature or data from the signees. Tags are converted to fields once processed by Adobe Sign. These fields are assigned to one of the signees, can be formatted and validated, as shown in the tag structure below. For further Instruction on creating tags, please refer to the official guide in the link below. https://helpx.adobe.com/sign/using/text-tag.html 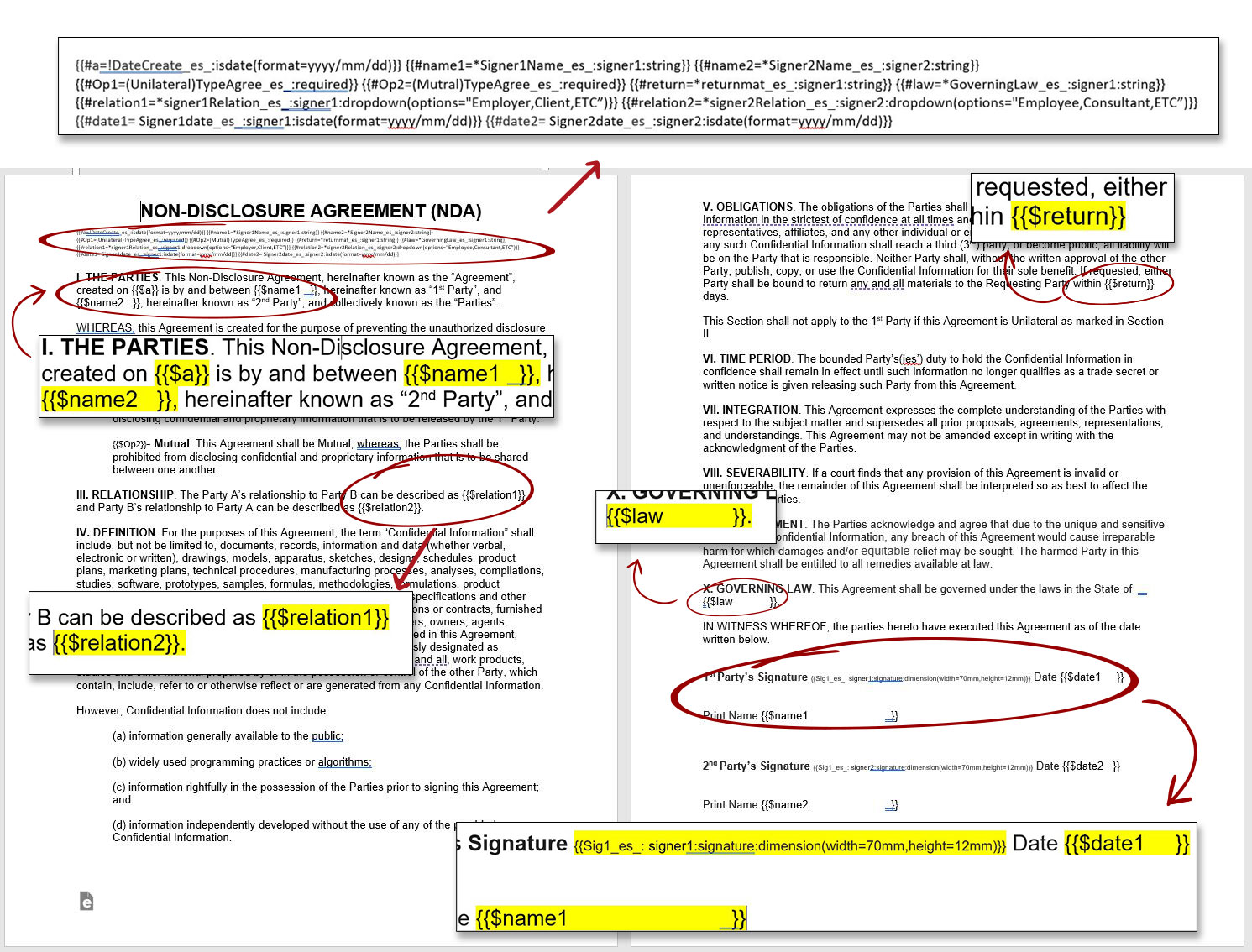 Find this link To download a pdf document with all the embedded tags. Sample fields’ mapping from the document below

The last step to creating the NDA contract is creating an agreement template using the data map and the word template created in the previous steps.

A. Select the Entity, which will the template uses for integration. Please note that the entity has to match the entity of the data map record created earlier and the Entity can’t be changed.

B. Select the Data Mapping field will be visible right after selecting the Entity, and cant be changed after beeing assigned. 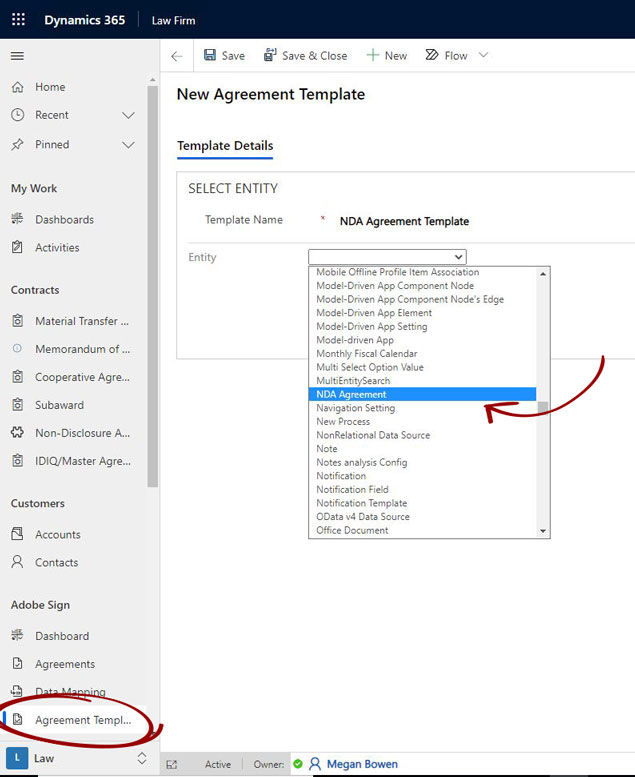 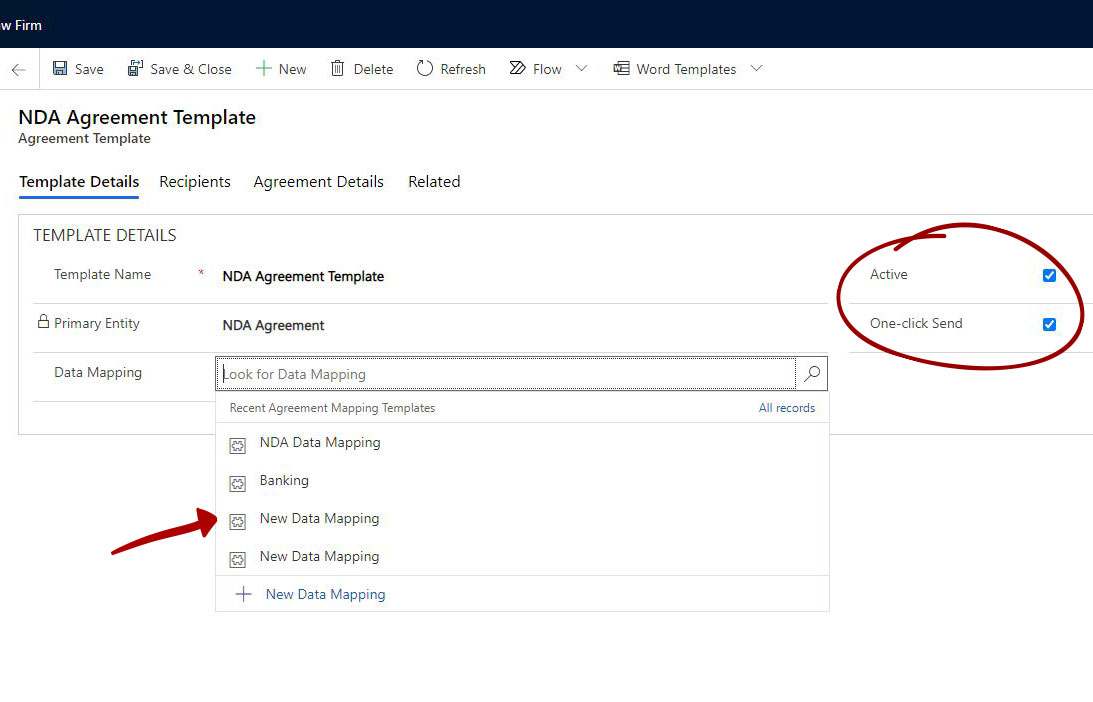 C. Check Active check box to make usable, otherwise, It won’t be selectable from the “Send for Signature” button.

D. (Optional) Check the “One-click Send” for faster send of contracts. If you wish to review the agreement before it gets sent out, uncheck this option.

E. Add 2 signees – Form the Recipients tab > + New Recipient
For this example, We will add two Signers and in order Signer one is added first. 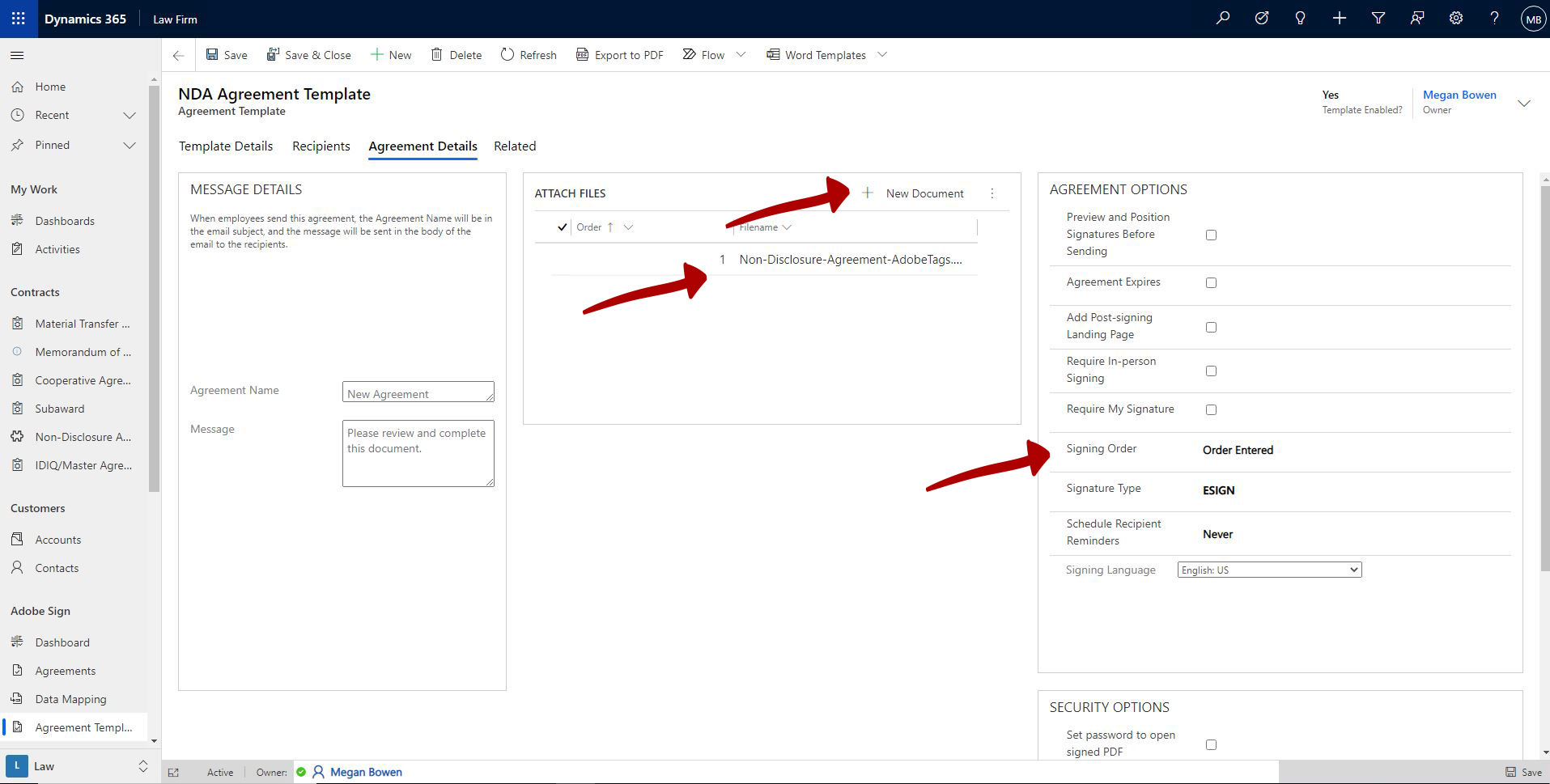 Mo Faheem has 20 years of CRM and Marketing experience working with vendor side and client-side, out of which 4 years of experience in performing marketing function in multinational organizations. helped companies automate sales and marketing processes. He has a strong experience with Portals, Azure, SharePoint and PowerApps. Worked with many industries such as Government, Non-for-Profit, Real-estate Software, Healthcare, Construction, Retail, Manufacturing, Oil & Gas, telecom. Extensive experience with using CRM in Marketing.

College of Physicians and Surgeons of Ontario (CPSO)...

An overview update on Microsoft Dynamics 365 and Power Platforms. Including user stories and best practices from around the world, the update publishes an explanation of how Microsoft business applications can have an impact on organizations in all sectors and around the world.

College of Physicians and Surgeons of Ontario...